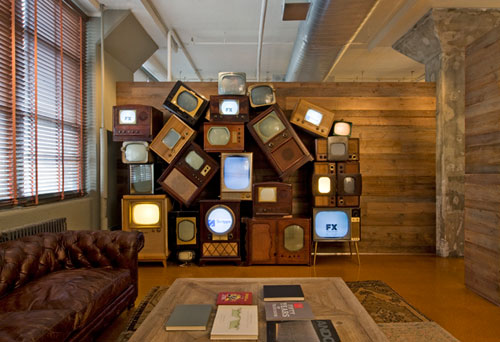 No, no, no, I haven't gone and thrown the tv in a box in the garage again - Luey is still traumatised from the time I packed away the TV when he was two and he had to call his Grandad Lester to ask for advice about what a boy was to do now that mum packed up his 'Best friend' (I kid you not).

No, this time it is just the realisation that we simply do not watch scheduled television these days - unless it is to check the news, but even then it's easier to just look online, or better still not follow the news at all. I could go on here about the news being a way to keep us all paralysed with fear and hopelessness, but that's another blog post.

Dave and I, and well everyone in this geeky household, have been waiting with baited breath for three years now to see the next instalment of Steven Moffat's Sherlock Holmes - we were getting quick blue in the face, you know. It didn't disappoint but don't worry - no spoilers here (I know how it goes). But here's what I want to comment; the subscription stations try to hold viewers to ransom over their favourite shows. You see, in order to see Sherlock fresh off the cutting room floor - yeah, yeah, I know those don't exist anymore, but anyway - you have to be subscribed to STAN. Now, I am one of those (few?) people who loves TV but resisted signing up with Foxtel at any point in the last two decades.  It was only recently - a year ago - that I subscribed to Netflix and that was because Erik asked for a voucher for Christmas so he could watch something I can't remember the name of. Watching Orange is the New Black had nothing to do with, neither did revisiting Gilmore Girls and then seeing the four part return in November.

So, I went to the dark side of subscriber television because $14 a months seemed reasonable. I mean, commercial television is complete shite. Whichever pimple-faced seventh graders they get to do the programming for each station, should be sat in a dark room to watch reruns of Bewitched over and over and over again until they cry, or die of boredom (which wouldn't be that long really, but you get the point, right?). I'm not opposed to sacrificing a couple of tweens for decent television content...

The contempt the stations have for their viewers is rank. Even when they do serve up something other than dog-eat-dog style reality TV (I will never understand people who are entertained by watching other people debase themselves for the chance to be interviewed five years later and have to admit it never actually changed their life for the better after all), the stations take a slackers approach to consistent time-slotting (yes, that's a word), or even just finishing a season. Let's not even dwell on the ABC, which has completely sold out and is now just a quasi-commercial content pleb.

All of this forces people to turn to subscriber television. Subscriber television is not too expensive, and you can watch all sorts of shows not available on commercial TV, AND you can watch them whenever you like in whatever amount suits you at the time (hello binge watching Sense8). It's really very easy to access; most people have the technology right there in their home. Also no ads - not even station ads. It's truly exhilarating (I have a very low benchmark for exhilaration).

But there is a lot of overlap between providers. I can watch iZombie on both Netflix and STAN. Same goes for Orphan Black, Black Mirror, and Penny Dreadful, so I'd rather not pay twice for the same content - especially when I really only want to watch Sherlock Holmes.

Ah, but then there is the 'free month trial'. I have to admit, I've made the most of that to catch a few shows that are 'exclusive' (for a short period of time) to one provider or the other.

What an age we live in, hey? I remember almost scratching my eyes out waiting for Dad to finish watching the cricket during the summer holidays - and then dying a little when I missed Skippy anyway. Kids these days to complain about having nothing to do? They don't know they're alive.

Meanwhile, Lucy's best friend isn't so much fun to play with anymore. Not since Netflix and YouTube moved into the neighbourhood.

Childhood friendship is so fickle.
at January 02, 2017
Email ThisBlogThis!Share to TwitterShare to FacebookShare to Pinterest