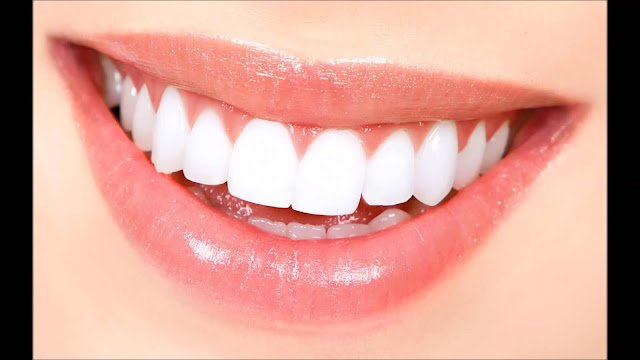 Don't I wish I had teeth like those, hey? I wouldn't even wish for teeth that white, just that straight and close together.

But my teeth are nothing like that. My teeth are crooked and gappy, and very brittle. I had a lot of fillings as a kid, and slowly, over the years the fillings have dropped out and the surrounding tooth has broken off. I have had a lot of teeth extracted, three that I can remember.

For the past four years I have lived with four broken teeth at any one time. This time last year I had a tooth extracted, leaving three which needed to be looked at by a dental surgeon as they had complex roots. I went on a waiting list, and finally came up for assessment in December. They agreed to extract four teeth (another tooth had broken in the meantime). at the time I was very excited and for the whole of January I was all but counting down the days. Then February arrived and I started getting those typical butter flutters. As Monday morning dawned, I concentrated on getting ready, you know, the important things like which shaper and tichel I would wear... I forgot to brush my teeth, and had to go back into the house, I was a little distracted by the thought of needles and drills and sutures, little things like that.

I had previously blogged about the various things a person could do to prepare for dental surgery. So, I'd bought bags of frozen peas, bought fruits to make into low carb smoothies, and so on. I even had straws to stop me from dribbling everywhere. I had it all sorted for what I knew would be a rough couple of weeks ahead.

So, anyway, here we are on Wednesday evening and I feel fine. The whole procedure was really very comfortable. Dave was sent out to the waiting room to save him from the frightening scenes to come.
the dentist was lovely, the nurse sang along to the radio in a pretty good voice, actually. There was a student dentist watching. He was so nervous about not stuffing something up, he was very cute - it's hard to be a student in that situation. At least he's developing good bedside manner - he talked to us about the footy, and about Harlem, who wasn't there, but came up in conversation, of course.

The dentist popped those teeth out in a cool thirty minutes. I needed surgery on one of the teeth, requiring stitches. But other than that, it was all good.

As we were driving home the anaesthetic wore off on the side where only one tooth had been extracted, but it really didn't hurt. on the way home, we stopped at the chemist to fill the scripts the dentist had written for panadeine forte and the equivalent in ibuprofen, as well as some mouth rinse.

At home I took the panadeine   and went to bed. When I woke up the anaesthetic had worn off on the side where I had had three teeth extracted, it still felt okay. Yesterday I was very tired and slept a lot throughout the day, with the boys back at school, that was no problem at all.

Today, I basically felt normal. well as normal as I get... I had tinned peaches for lunch, and curried eggs for dinner. It was really nice to get some real food into me.

I'm honestly very surprised at how smoothly this has gone. So, smoothly that Dave might even consider getting his teeth looked at - which would be a major miracle!

Next up, I need to get one last cavity seen to before that tooth breaks as well. It will be so nice to have whole teeth in my head, and only whole teeth. I will have a lot of gaps, but hopefully no more pain. Already the abscess that I've had for the last eighteen months has disappeared. I look forward to my inner cheek on the right to heal up properly, it has been abraised  for so long by the sharp edge of one of the broken teeth.

Who knows it might improve my overall health - my GP said I had elevated levels of a certain hormone which indicates infection. That would have been the abscesses, so now without that infection my overall health might actually improve.

So, that's another thing off the to-do list for 2017.
at February 08, 2017
Email ThisBlogThis!Share to TwitterShare to FacebookShare to Pinterest