You know, I keep meaning to keep this blog completely up to date. And then life happens and when I do think of blogging I'm wiped out. Anyway, this last week has been full on with activity so first up, I thought I'd give you a brief overview of my week, which will lead into the main point of this post (just so you don't all think I'm just rambling on as per usual - you know, like right now).

This was a very busy day. I actually managed to triple book my day. I usually have braille on Monday afternoons, but as well as that I'd made an appointment with Vision Australia Kensington's volunteer co-ordinator to submit the police check and working with children card applications. Then, on top of that, I accidentally promised to attend a monthly meeting of women at Guide Dogs Victoria support group for women. I'd been wanting to join this group for a couple of months, so when I got a call from the co-ordinator, I promised to come along before checking my diary (I'm getting better at keeping a diary, but still need to work on reviewing it, oops). Anyway, I decided to drop the braille lesson for the week because this was the thing I knew I'd be messing with least of all. As it turned out the tutor emailed me before I was able to get in touch with her to ask if we could move the lesson to Tuesday because she had another project on the Monday, wonderfully convenient for me. So, at 11am I went to GDV in Kew, and then at 2pm I went to the meeting at Kensington.

I took myself off to Vision Australia Kensington again for braille. Though the class only lasts an hour, it takes over and hour to get there, and then another hour and a bit to get home again. I left home at 9.30am and didn't get home until 5.30pm. If that math doesn't seem to add up, it's because there were major problems with the public transport. On the upside, I met a lovely co-client from VA, and also had a lovely member of the public show me to the new platform I needed at Richmond - he was wearing a high vis jacket because he was a bike rider. There was also another dog handler on the platform though I didn't talk to him -it was just good to see other handlers around. I'm seeing more and more of them now that I have Harlem because he always lets me know when there's another dog around.

In the morning I did some compilation of the sampler I'm having published. It'll be sixteen flashes in a little volume - I'll be posting about it here VERY SOON with a link to where you can order you own print copy. Then it turned out the high school photos were due the following day and we hadn't gotten Luey's hair cut yet - his hair was half way down his shoulder blades. He had had a terrible cut from the last el-cheapo place we took him to, so I wanted to take him somewhere he had a hope of an experienced hairdresser. It turns out there is a salon nearby that only charges about $10 more than we've usually paid in the past. So, I booked him in and we picked him up for the period he usually has private study and got the job done. He was very happy, and now it's just below his shoulders but in the long layer style he likes. Later in the afternoon we had the parent-teacher meeting with Ari's teacher. She seems very impressed by him. She read us a story he'd written which was pretty good, actually. I was surprised, not least of all because just six months ago he couldn't organise his thoughts enough to compose a logical plot.

An instructor from GDV came out to make an assessment of Harlem and I working together. Aaron the instructor was standing in for Justin, my regular instructor, who is going to Asia. Aaron was very happy with our progress and will be following up further in April.

I attended a focus group at GDV and don't have a lot to say about that except I was able to chat to another couple of handlers, which is always good.

Took Harlem off to see his puppy raiser down in Doveton. Spent a lovely couple of hours with this lady. She reminds me so much of another friend I have who used to be my dorm mum when I was 10. Harlem was beside himself. He hadn't been to her house in well over a year. As soon as he got into the driveway of the court, he started pulling at his lead. I let him guide me right to her house (I knew where it was, but let him take the lead). They lady at another grown puppy she's been puppy raising there, and Ruby and Harlem went for broke racing around the house. I haven't seen him so excited ever before, I think. He's the sort of dog who would love another dog in the house. That isn't feasible at the moment, but maybe in the future.

So, that brings us to today. Harlem has had a fabulous week getting out and working every day. He adores working. Going out for a walk is fun, too, but he loves working more, I think. He seems most relaxed after working.

There was some excitement at school on Friday. I got an sms at about 2.30pm from the high school saying the 'lock down' had been lifted. This was the first I heard about the lock down, so I immediately called Luey, who answered his phone with, 'I'm okay.' A lot of parents must have been calling their kids in a panic It seems some students upset a neighbour who came out and yelled at them and they thought he had a gun in his hand. Turns out it was a vacuum nozzle. Still, apparently there were alarms, and police, and choppers. The primary school is adjacent to the high school, so it also went into lock down. We didn't even know that until we turned up to assembly to see Ari receive an award. 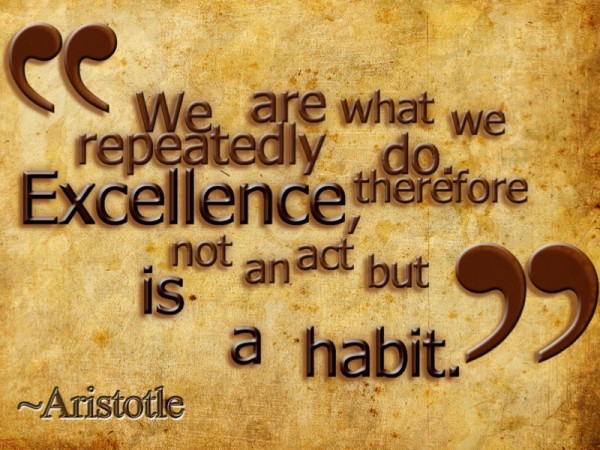 I'm a big believer in contributing to the community. Always have been - probably because of a very long, deep connection with the Salvation Army as a junior soldier, soldier, and ultimately officer's brat. Of course, I left the Salvos decades ago, but the drive to help in the community never left me.

During the early 00s, I volunteered in the parenting community I belonged to, first as a play group co-ordinator and then later as President of the incorporated organisation. Later, I volunteered as Secretary of the Mature Age Student Club at Deakin, and while I honestly feel that as well intentioned as we were, we weren't offering that much to the community (though a helluva a sight more than previous or subsequent committees, as the numbers and roll over budget reflected).

For some time now, I've felt that if my skills and energy could not be used in the paid workforce, then I have a moral obligation (according to my values and moral code) to offer those skills and energy to the community free of charge. I certainly have encouraged others to do this, arguing that volunteering doesn't take that much time, just the will to do it.

Now it's time to walk the walk. So, as you can see above, I've been signing up to volunteer. I'm going to be on the books with Guide Dogs and with Vision Australia. At the moment, both want me in their community education program. This involves presenting the organisations to the community - schools, workplaces, and the corporate sector.

I'm still unsure about 'conflict of interest'. I know Seeing Eye Dogs apparently have no issue with it - though I haven't had that confirmed by the specific co-ordinator in charge, but Guide Dogs might. I have to check. If this is the case, then I want to promote Guide Dog in relation to fundraising for guide dogs, but volunteer with Vision Australia in some other capacity, perhaps peer support, or mentoring.

I've submitted the paper work for VA, but have yet to do so for GDV. I'm very excited to be doing this work. I really feel like I can actually use my teaching and communication skills to help real people, in real imminent need, in the community.

Another way I'm now walking the walk, is to get my writing out there. So, as I've mentioned before I have Hidden coming out in April through Morning Star publishers (under the Stone Table imprint). As well as this, I've put together a sampler of flashes, which are being published by a boutique publisher Orbie Publishing. I'm also co-writing a peer reviewed journal article, and continuing the writing of the book I started as the article for the PhD. I'm reviving my writer's blog at The Untamed Voice (which has been neglected for about four years now - and now that I think about it, it really needs a make-over).

I realised yesterday that I'm feel so much happier. I'm looking forward to getting up, getting out, and doing things. I feel inspired again. I feel energetic again. It had been so long since I felt this way - felt like there wasn't a indigestible lump of anxiety in my chest - that I had forgotten what it felt like.

at March 05, 2017
Email ThisBlogThis!Share to TwitterShare to FacebookShare to Pinterest