Well, we've made it through to the shortest day of the year and beyond. I'm not so worried about the cold this winter. Yes, I am cold, very, very cold sometimes, but I've let go of the resentment. Winter comes, and Winter goes, it's the cycle of things. Dave on the other hand is feeling the cold for the first time. It's odd, he has never really been bothered by the cold, but this year he's convinced it's the coldest it has ever been.

There you go, now we've had a conversation (as such) about the weather.

Did I tell you I'm no longer a community support worker?

Don't worry, I'm still employed, but now I'm a community development worker. You see, it became clear that I'm doing a development role, rather than a client support role. This suits me well. All the work I've been doing over the past nine weeks has been about community development - liaising with city councils and not-for-profit organisations. Researching the profile of our organisation within our region. Doing work to raise our profile and make connections on behalf of our site with our local communities.

It's been an interesting new learning curve, but I was feeling a bit aimless. I felt a bit like I was throwing seeds into the wind, not sure where they would land, hoping for the best. Then on Thursday I had an amazing meeting with a couple of extremely insightful and helpful professionals. While talking to me, one of them suddenly stopped and looked at me and said, 'You know what you need right now?' I looked at him askance. 'You need a strategic plan. Put together a strategic plan and then come back to us.' Then I spent the next hour talking to these two wise minds about how to go about this strategic planning. Suddenly, I saw the way.

I had had a progress meeting with my manager earlier in the week and while it had gone well, because I've done a lot of work, I felt like I was missing the target in some way. Now I know what it was I needed to be doing. I've asked for another meeting. This week I'll also be seeking a meeting with our marketing department.

In other news, my hair is growing well. It is now long enough to have aspirations of forming a whispy ponytail. I can make a little topknot to put under my shaper (a shaper is a padded cap which is worn under a headscarf to give a nice shape to the back of the head, and to have something to anchor the scarf to, especially if you don't have much, or any, hair to make a decent bun).

Speaking of scarves, I've reduced my stash from over 100 scarves to just 20. I've also set aside all but four decorative Alice-bands. I have about a dozen pins. I've set aside most of my costume jewellery - reducing my jewellery boxes from about nine to three (seriously). All the set asides are being donated.

My clothes consist of;

And a partridge in a pear tree...

Then a bunch of undies and socks, and a bra (I need to replace it and add another couple, they've finally all met their maker - they lasted about two years...).

The minimising has really made its mark. I have four pairs of shoes, three I wear regularly and one pair I just can't let go off because they are very special to me. I have three coats (two winter, one spring/autumn), but have plans to donate one of the winter coats as soon as I can fit into the other one. I have three bags; one backpack, and two handbags (one large, one small). Man, there are going to be a LOT of delighted op shoppers out there!

Dave, Bryn, Ari, and I went to see the Vincento Van Gogh exhibition and the NGV yesterday. I almost cried to be so close to the original works. Van Gogh is my second favourite painter (my first being Jackson Pollock, of course). To see the brush strokes and the combinations of colour was so inspiring. I took copious photos, and was told off for getting too close (okay, so I had my iPad just inches from the canvases, but crikey, why shouldn't I get to see the paintings as well as anyone else. I wasn't touching them, just getting decent enough photos to zoom in and have a proper look. The woman shut up when she saw Harlem. That is, her mouth shut up - her eyes shouted at me. 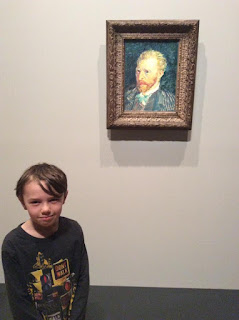 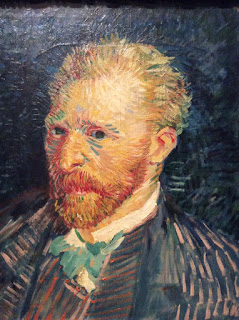 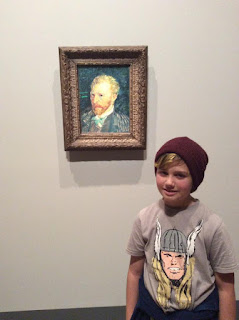 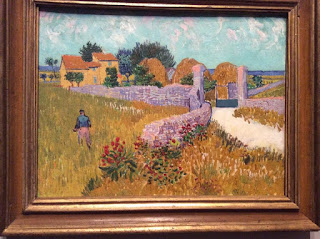 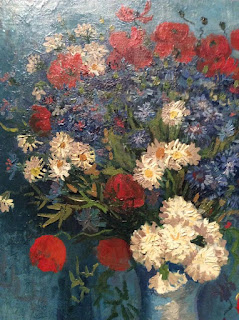 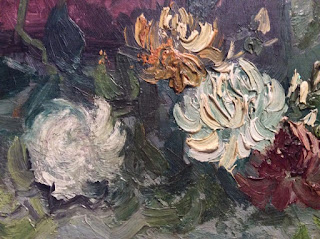 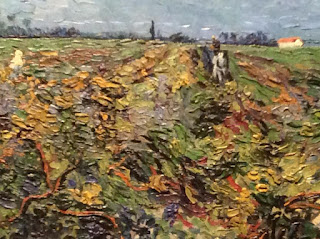 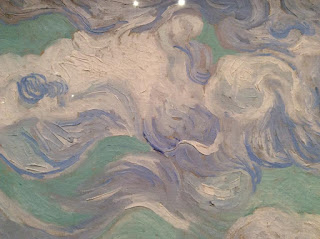 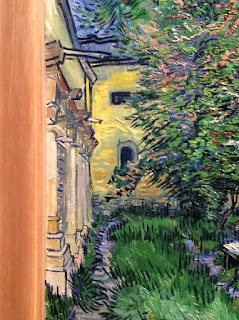 Luey turned sweet sixteen on Monday. Such a cliche to ask where the time went, but here goes... Where did the time go? 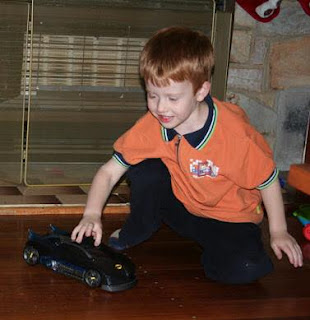 Look at that sweet, happy little face. You wouldn't know he spent the first nine weeks of his life in excruciating pain and that he cried for eight hours a day, never sleeping more than twenty minutes at time. When he grew older he sang all the time. Even before he could talk, I knew he was musical. His ear for music is pitch perfect. He has a lovely voice, but is terribly shy to use it. Now he's all grown up with a girlfriend and plans for Uni. Where did that time go? 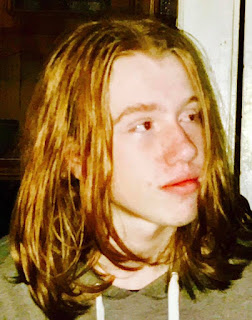 Thank goodness he didn't outgrow his beautiful hair. Of all my kids, he's the one I will never take issue with growing his hair long. Unfair to the others? Sure. Too bad they weren't redheads.

This last week also saw the primary school ball. Neither Dave nor I were overly sold on the idea of a ball. Dave doesn't have particularly great associations with his, it was more for the mums and dads back then. Dusty old music and holding hands with cootie infested girls...

We have to admit though, it was rather easy on the eyes seeing our boys all dressed up and dancing old style dances. It also helped that the music was contemporary and the boys seemed to be having a ball (see what I did there?).

Incidentally, so did the dance teacher (who is an electrician by day). 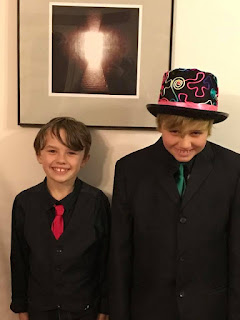 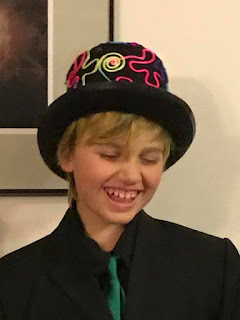 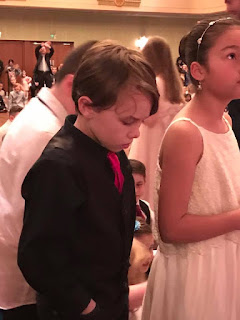 It's been a busy week, but in a good way!

at July 03, 2017
Email ThisBlogThis!Share to TwitterShare to FacebookShare to Pinterest