Nothing. There is nothing wrong with young people today.

Today it is, in fact, much much harder to be a young person.

I had to have a tough conversation with Luey a couple of days ago. On the whole, he is doing alright. His last WASHI was released yesterday and he had, again, received a solid 2.1 out of 4. 1.33 is considered a pass mark. So, he's doing alright. However, he has not been turning up to math at all. I actually thought he had withdrawn from math and taken up a new subject, but it appears he never got so far as to make it official, and so he's just not been turning up. This is very upsetting because it smacks of Erik's choices, and well, we know how that is turning out. Luey is also not signing in to Private Study, which is not marked, but still, there's the principle to consider here.

Okay, so this probably seems kind of 'so what?' to many of you. The thing is, I've always told my kids there is no last chance. I've always said it is more important to follow your heart and do what inspires you. I still wholly believe this.

Here comes the 'but', it's not like how it was 'back in my day' when you could leave school at the end of high school and pretty much expect to be able to find a job. Now, everyone is expected to go on to some sort of tertiary education - and - it's not that easy to get in anymore. There is a lot of competition now. For many courses there are fees not supported by the Government.

Then a student graduates from whatever they managed to do for tertiary education and the labour market looms to break them down. There are about three times the number of job seekers than there are jobs to apply for. The average graduate can expect to wait five years to get into gainful employment. The number of 'under' employed people in our society is rapidly growing.

It is also difficult to find housing. Many landlords do not want to rent to students or single young people. Even if a young person can put together a group household and secure a place to live, they can expect to be paying upwards of $150 a week just for the roof over their head - most often more than this. Utilities are rising in cost at a phenomenal rate - even people with good jobs are shocked by the rises. Then there are other costs; costs including food, the expectation that every person must have their own mobile phone, upkeep of a car, or the cost of public transport (and considering livable rents are mostly found in the out-lying suburbs, transportation can be a significant percentage of their income).

It is really no wonder young people give up before they even start. Growing up is more overwhelming than it has ever been in modern history.

So, there I sat on the end of Luey's bed and heard the words come out of mouth, 'Don't be like Erik, Erik is a loser.' By loser, I certainly don't mean he has no friends or is uncool. By 'loser' I literally mean, he is losing at life right now. With his current attitude - with not taking life seriously - he finds himself in a situation where he is essentially homeless. He is relying on the kindness of friends for shelter - and free utilities. And it cannot last.

Luey told us last night that Erik is exchanging the benefits of his age for shelter. Basically, he is being the messenger boy for his younger friends, buying alcohol and cigarettes for them (with their money, that is). His friends are using him. Would they be as willing to have him around if they didn't need him to do this for them? Who knows. 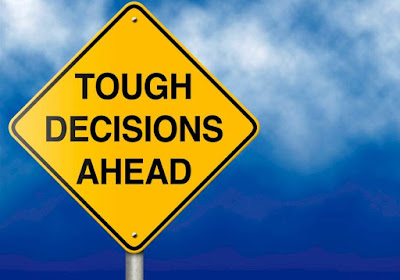 So, there you have it. Young people are caught between a rock and a hard place, and it seems parents are having to be the hard place. I know some parents are happy to be the soft place for their kids to fall - those parents often don't realise just how privileged they are. If they can afford to keep their children well into their adulthood, they've got to be doing alright themselves. The rest of us need our kids to grow up and step up, and support themselves.

at August 22, 2017
Email ThisBlogThis!Share to TwitterShare to FacebookShare to Pinterest