Did I tell you I've finally finished decluttering?

That is to say, as much as I'm going to for the time being.

At this very point in time, there isn't anything in our house that we don't either need or absolutely love - and even the things we love have been kept to a minimum, to the OMG! I cannot get rid of this, kind of level.

There is always, obviously, more that can be done, in that it is now in a state of maintenance, but the big bits, the 'mission' is done. I'm not entirely sure what I'm going to do with my weekends now. Here are a few photos. 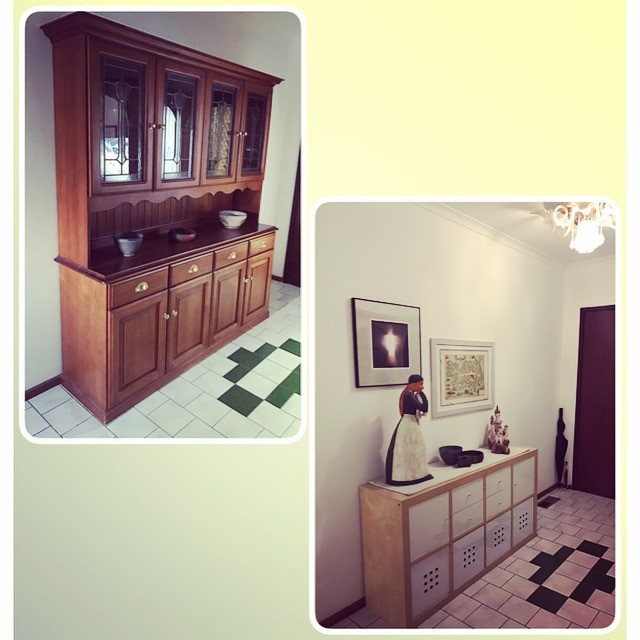 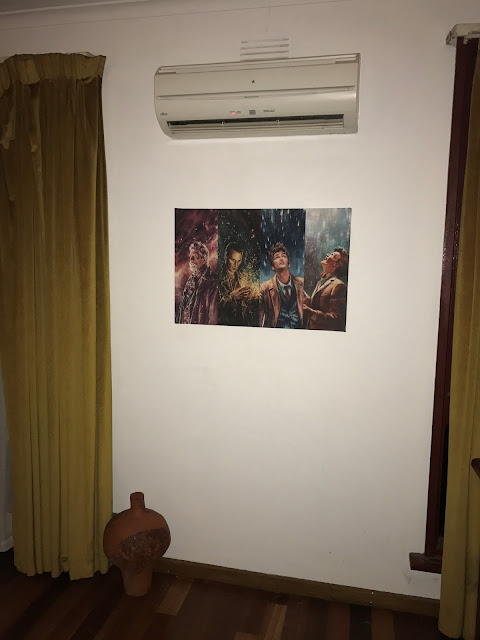 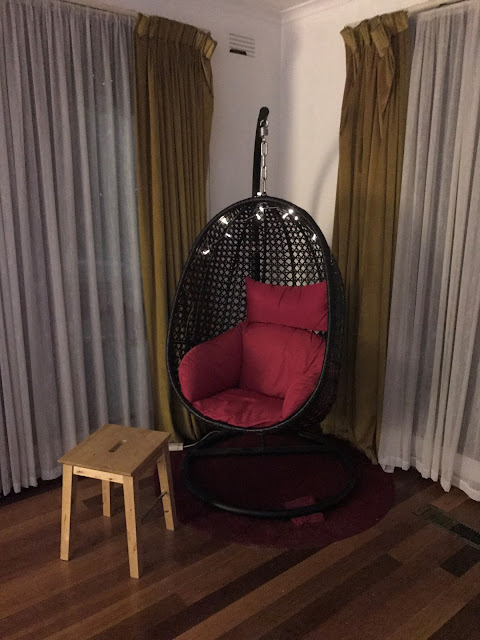 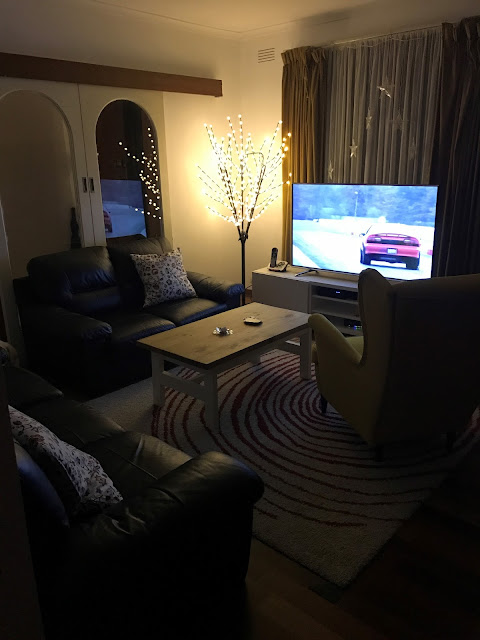 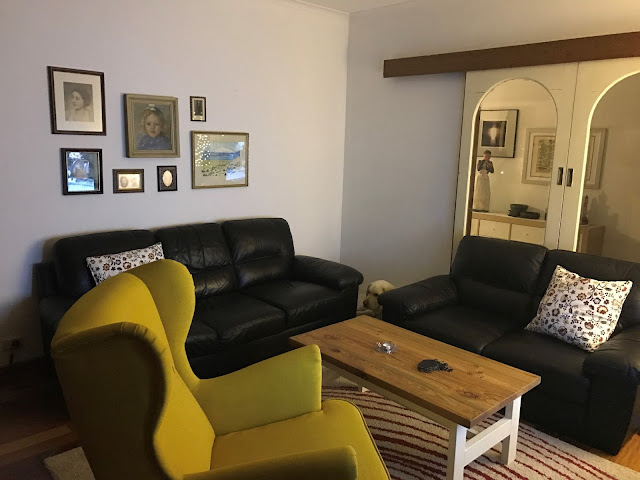 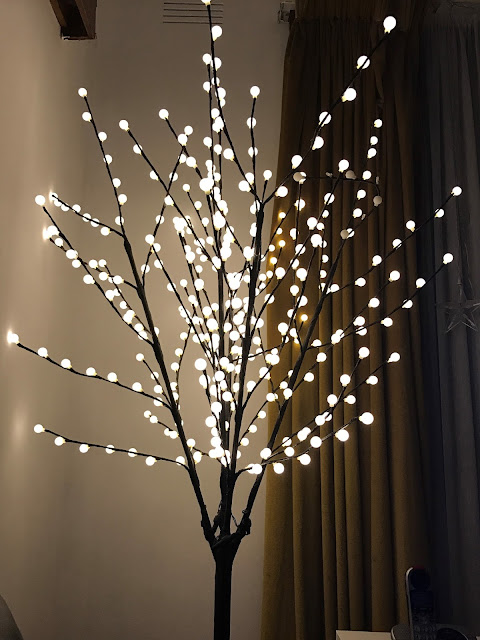 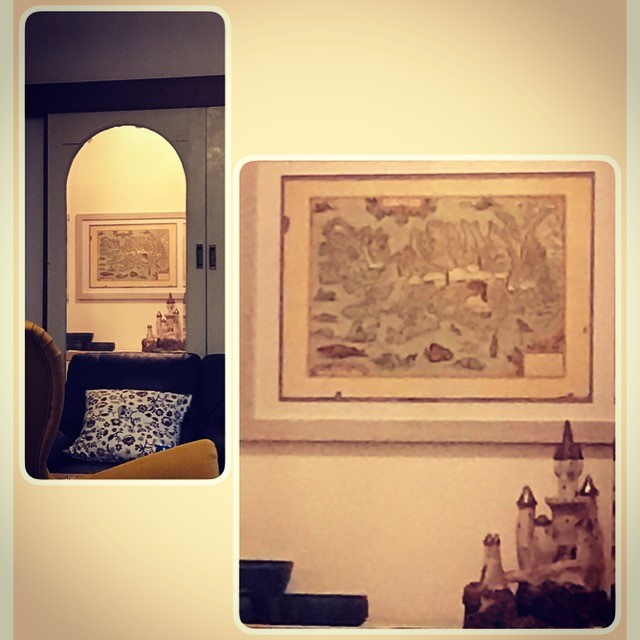 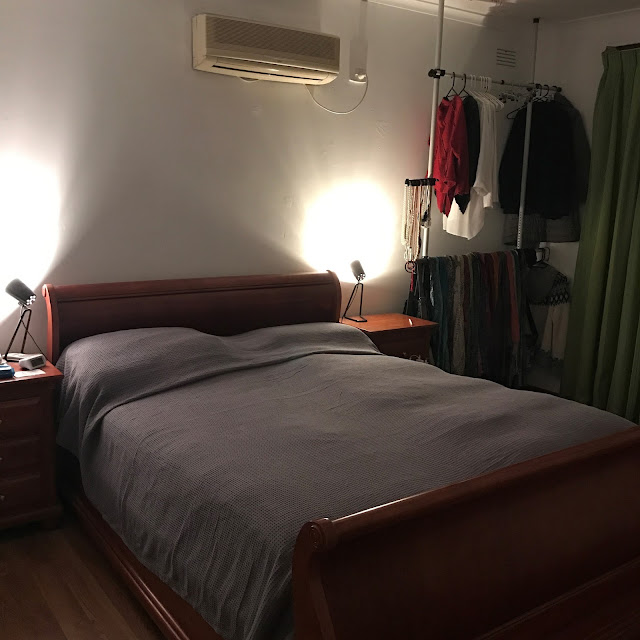 Bryn isn't wholly impressed. He said, in absolute disgust, the other night, 'This room is too empty!' He was referring to the lounge room/dining room area where we've purged the room of four large pieces of furniture, and a long rubber runner we'd put down so Harlem wouldn't slip on the floor when he was recovering from surgery on his leg.

There is a big open space in the room. A great swath of floor is visible now, but it is refreshing and freeing, and spacious. The rest of us are happy with it and I now fear Bryn might have hoarder tendencies...

With so much big furniture gone, I've found there are not a lot of options for displaying stuff items (Ari has informed us the word 'stuff' is henceforth banned as it doesn't really mean anything). In fact, there really only is that place in the hallway. We can put things on the coffee table, but we like to keep that clear so Dave can see the TV at its new, lower position when he is laying on the couch - which he does most nights, and he doesn't actually watch TV so much as snooze.

This means I'm less inclined to keep much in the way of nic-nacs. In fact, I can think of more I could be donating.

So, there you go, all done (the big part, the pre-maintenance phase). It has been an epic quest, but so worth it.

at September 12, 2017
Email ThisBlogThis!Share to TwitterShare to FacebookShare to Pinterest